Company newsPress-officeCellular communication in the subway. How does it work.

Cellular communication in the subway. How does it work. 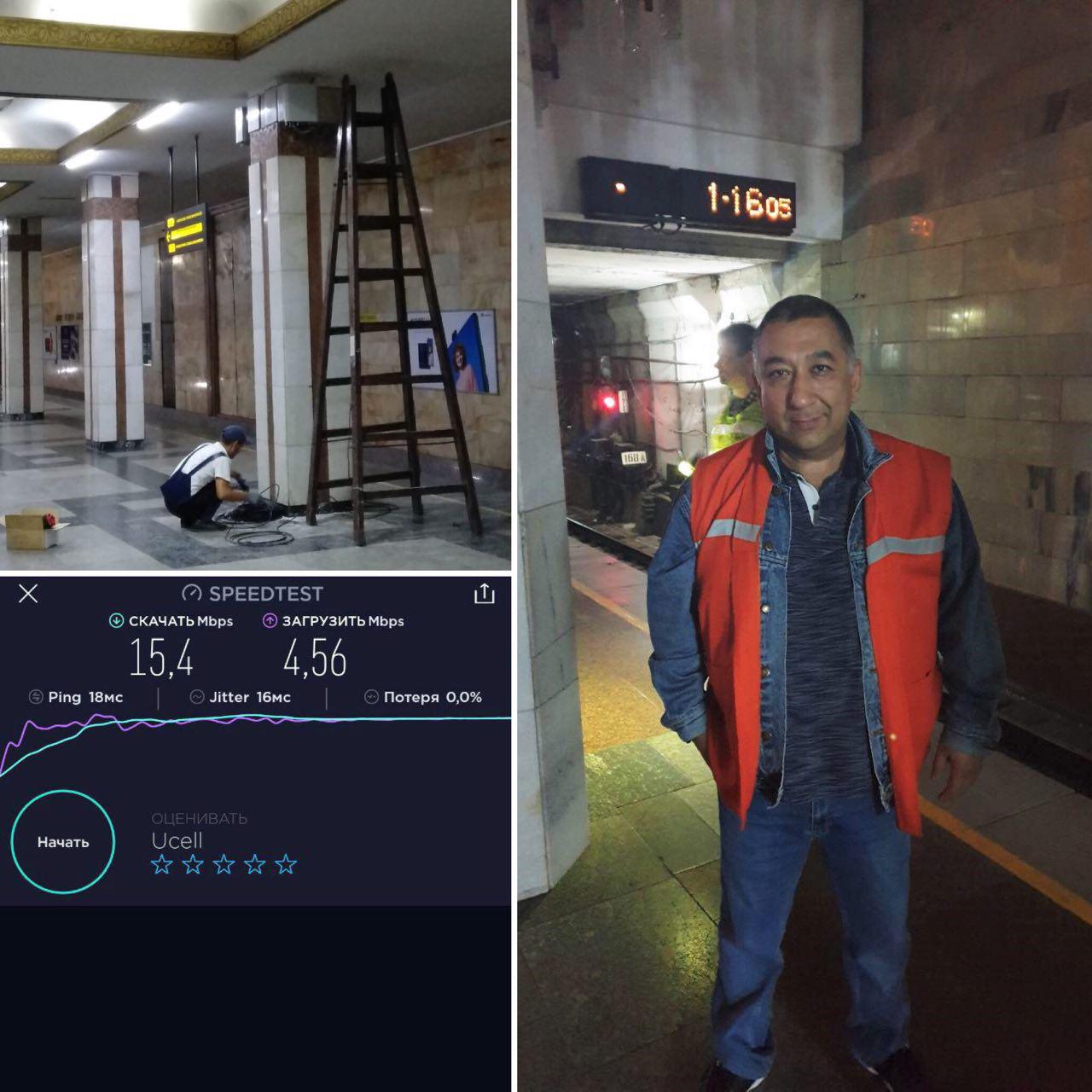 Now the work of cellular communications in the subway: both at stations and on stages is a common case worldwide. Modern city requires underground mobile communication, and quite strongly. The COSCOM LLC (Ucell trademark) together with partner Metrotelecom in September launched communication at two stations of urban underground transport.
Citizens are pleased with the new opportunity in the subway. But only those who personally participated in the process know the difficulties. Establishing an underground connection is not an easy task. The metro is a strategic object, and in our case, it is a cultural asset. Therefore, there are rather strict restrictions on the possibility of organizing communications, installation, and so on. In addition, the connection in the subway is not the same as in the city.

Ulugbek Mirhabibov, leading engineer of network access development project coordination group:
- It was quite difficult to install the equipment. The engineers had to work exclusively at night, after all traffic stopped. It is approximately from one until five in the morning. We verified each step and performed the actions with extreme care so as not to damage the marble at the stations. Remarkably, during the work special attention was paid to safety. Since the company had no experience in covering such territories, there were concerns about the quality of the services provided and the sufficient capacity of the installed equipment. If there are many people at the station, respectively, the radio resources are divided between them. After the launch, the theory decision of the Company was confirmed by practice, luckily, there were no special problems.

On the surface, all technical solutions have been already worked out: to support many subscribers over a large area we install macro cells and powerful devices. Nevertheless, their signal is not enough to penetrate deep into the earth. In the metro, the conditions are different and a another solution is used. So far, communication is accessible on the stations themselves and about 100 meters in each direction into the depths of the tunnels. In the future, it is planned to improve the current solutions in order to ensure the availability of services throughout the tunnel.
Now you know how the underground connection works.

By the end of next year, cellular communications and the Internet will appear at all metro stations. Trust your communication to Ucell mobile operator and always live on the wave of innovation.
Tweet