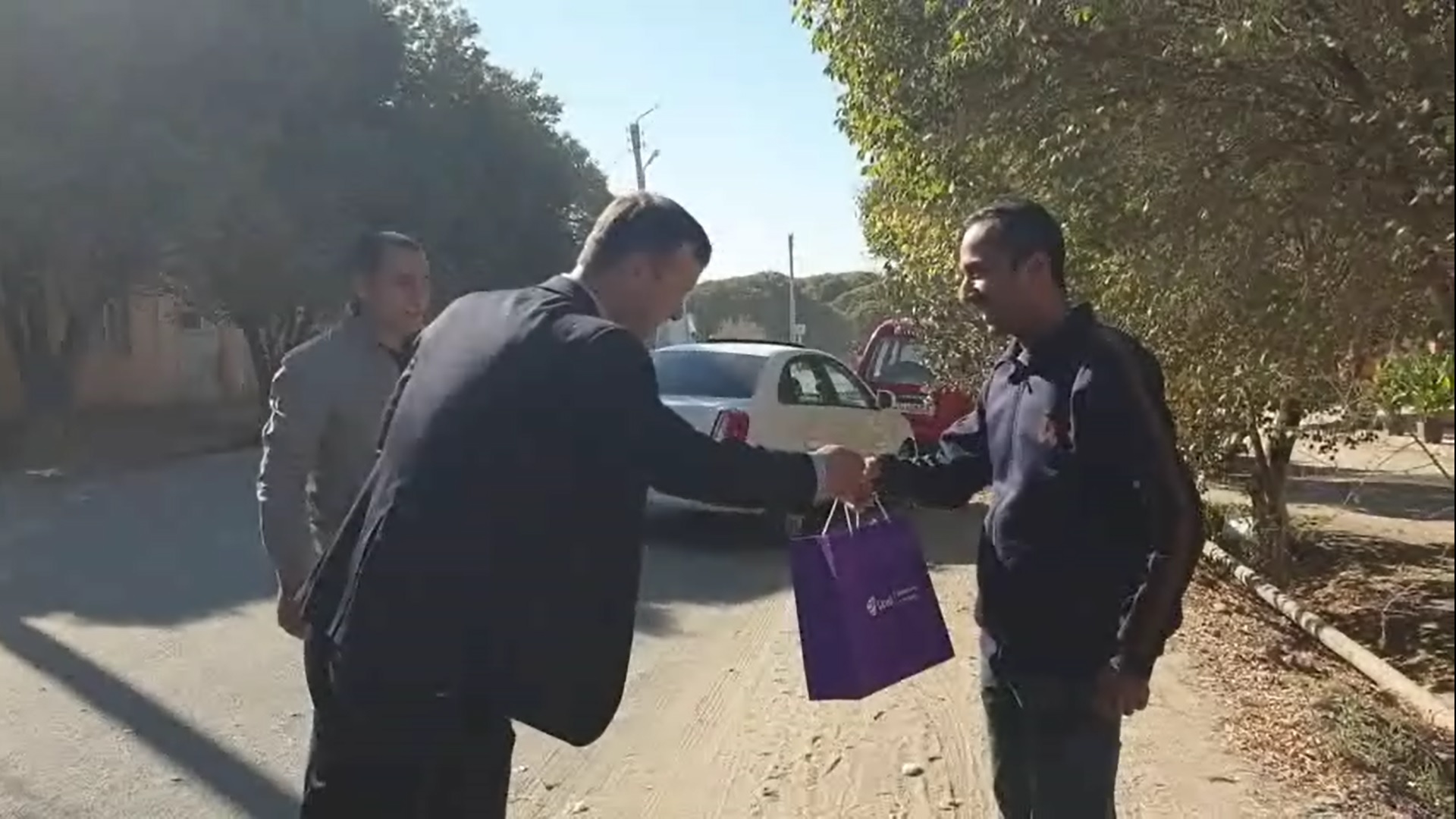 It takes 13 hours and 45 minutes on the quickest way via A-380 highway from the Ucell Central Office to Yangiarik District located at Kharezm Region. It is 975 km. Accordingly when the Company subscriber from “Ostona” town located at Yangiarik District Shihnazar Kuryazov applied to us with his complaint on Internet quality, the specialists were sent there not from Tashkent, but as it has been recently established in the Company, they were sent to meet with the subscriber from the Regional Branch.

A message from Urgench:
“According to the work results, appropriate measures were taken on configuration of access point and choosing of 3G network type. After all these processes, the failure was removed. The subscriber was recommended to change old SIM card which was cut by hand. We explained that all these may influence on the communication quality. Then the network speed was checked. At the moment of checking the Internet speed was from 3 Mbit\s to 7 Mbit\s”.

So, at the place and immediately the subscriber issue was solved and Shihnazar Kuryazov from “Ostona” town located at Yangiariq District of Kharezm Region has been remained glad of it. He doesn’t have any complaints on the communication quality. Corporate gifts were presented to Shihnazar as a souvenir of this meeting.

Today in Kharezm Region there are 143 dealer points and 28 ones from them are mono – offices. Thirty six employees of the Regional Office service more than 417 thousand active subscribers in the Region.