Letter of gratitude from the United Nations Children's Fund in Uzbekistan

The head office of the Company received a letter of gratitude on behalf of the head of the United Nations Children's Fund in Uzbekistan, Sasha Graumann.

Reference. In 2018, Ucell and Unicef signed a partnership agreement to create a platform for the expression of youth views in Uzbekistan U-Report. The project was aimed at strengthening civic activism and expanding the involvement of youth communities in social discussions and transformations. It was planned that by the end of 2019 the number of U-Report users will reach 20 thousand. Over two years of cooperation, more than 50 thousand young people across the country were united. Among them, 63% of guys and 37% of girls.

The collaboration between Ucell and Unicef has deep roots.

In 2014, the Company supported Unicef in organizing the global creative project Imagine, aimed at creating better conditions for children.
In 2016, the Company sponsored a project to improve water supply and sanitation in 30 remote schools of the Republic of Karakalpakstan, Jizzakh, Kashkadarya, Khorezm and Surkhandarya regions through the construction of sanitary facilities and water supply.

Below you can review the letter. 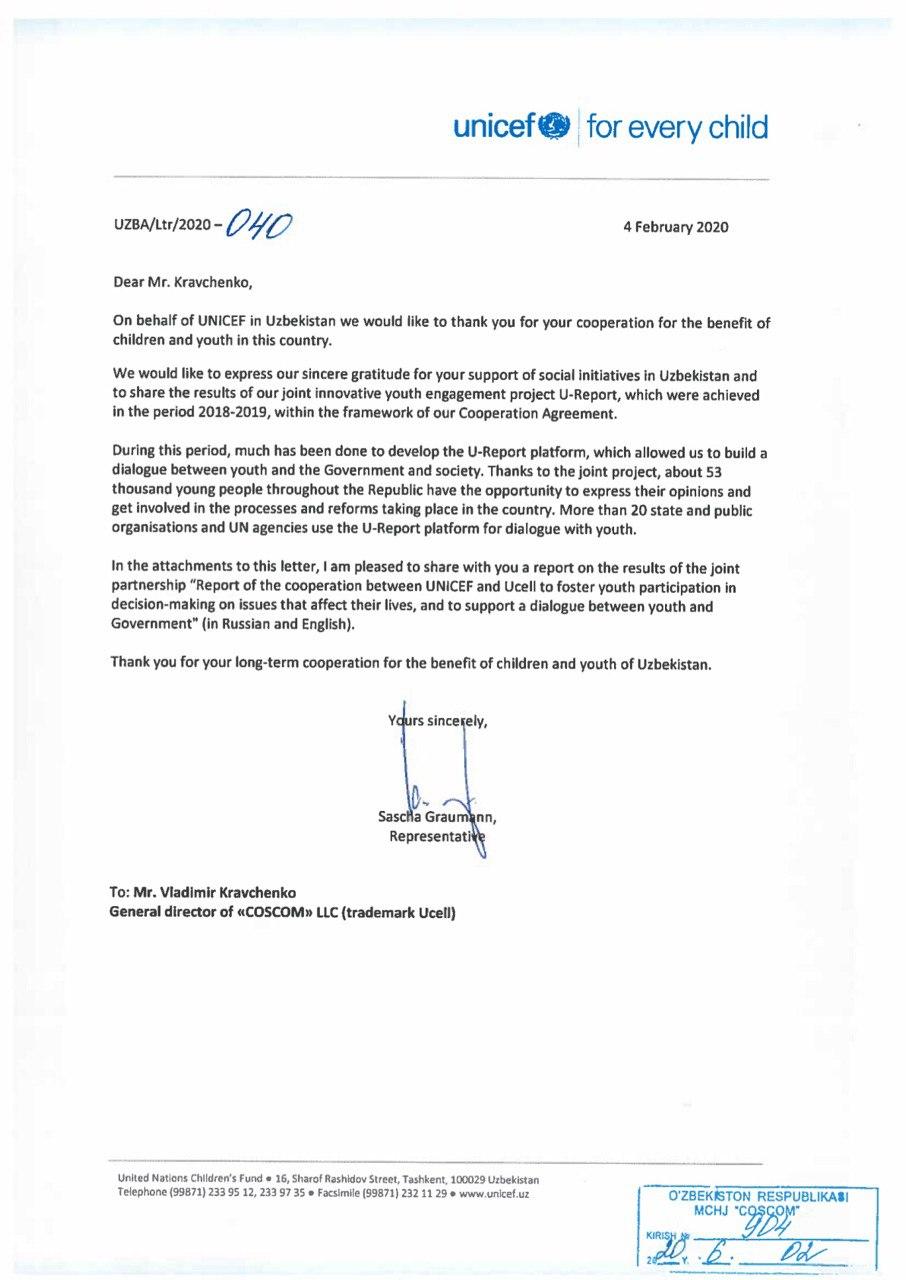