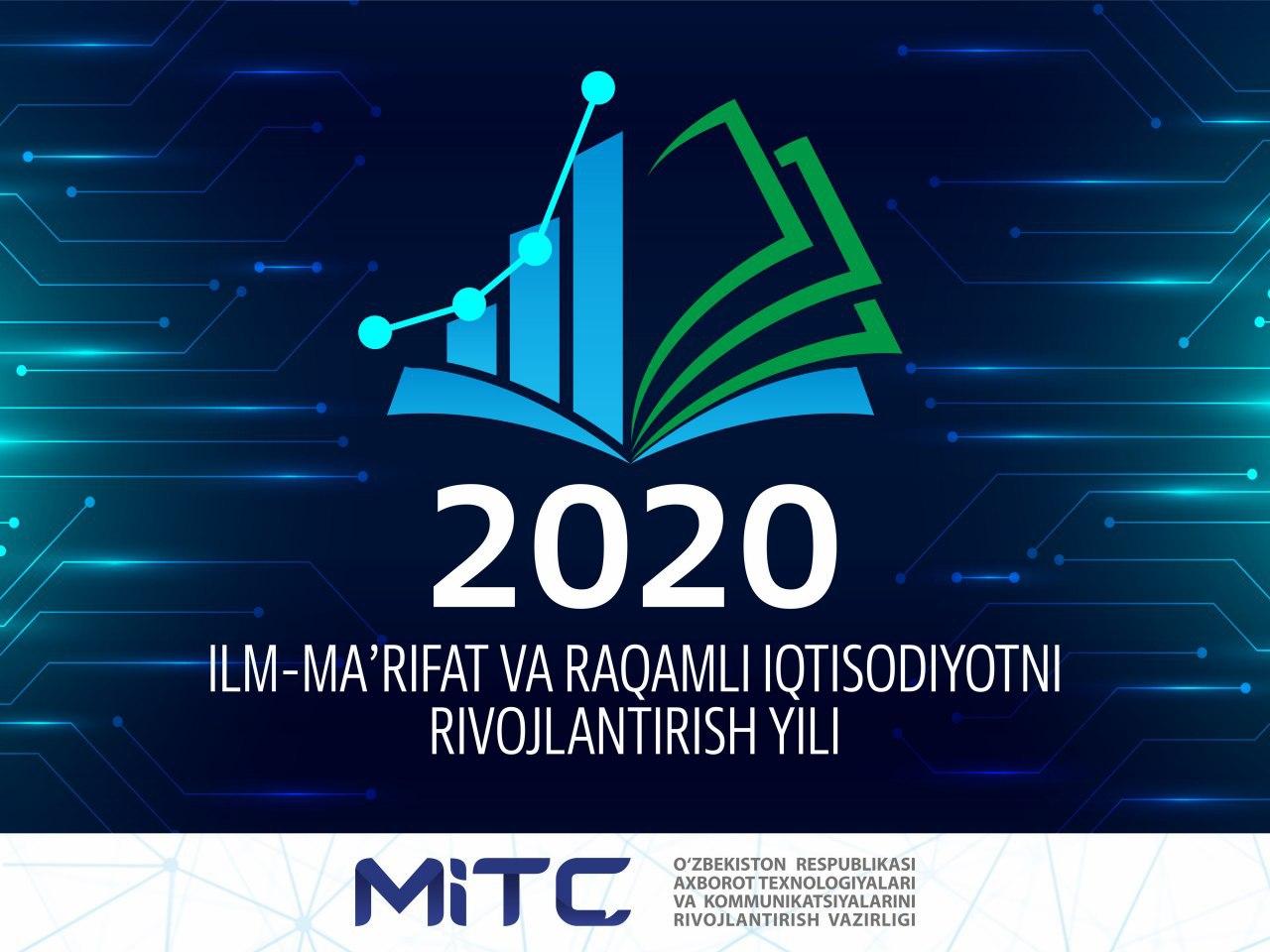 The work carried out in recent years on the widespread introduction of digital technologies in the social sphere also sets priority tasks for the use of electronic services by the population, a phased transfer of public services to an electronic format, and an increase in digital skills among the population.

In order to ensure the accelerated digital development of the Republic of Uzbekistan, the formation of a digital economy based on data, by creating the necessary environment for the production of innovative products, increasing the efficiency of public administration, providing the population and business entities with appropriate public services, the Decree of the President of the Republic of Uzbekistan “On the approval of the strategy“ Digital Uzbekistan - 2030 "and measures for its effective implementation" (No.UP-6079, 05.10.2020).

This Decree, as part of the digital transformation of regions and industries in 2020-2022, provides for:
increasing the coverage of connecting settlements to the Internet, including increasing the number of ports of broadband Internet access to 2.5 million units, laying 20 thousand kilometers of fiber-optic communication lines and increasing the level of mobile coverage of the population from 78 percent to 95 percent by development of mobile networks;

introduction of more than 400 information systems, electronic services and other software products within the framework of the socio-economic development of regions;

introduction of over 280 information systems and software products for automation of management, production and logistics processes at enterprises of the real sector of the economy;

implementation of the Digital Agency project on the basis of the Ministry for the Development of Information Technologies and Communications and the Ministry of Justice, as well as their subordinate organizations and divisions;

determination of the tasks of the Deputy for Digitalization (Chief Digital Officer), entrusting these powers to one of the current deputy heads of ministries and departments, local executive authorities;

organization of training in the basics of computer programming for 587 thousand people, including by attracting 500 thousand boys and girls in the framework of the project "One Million Programmers".

Also, this Decree approved the “Digital Uzbekistan - 2030” strategy, which includes such priority areas as the development of digital infrastructure, e-government, digital economy, the national digital technology market, education and advanced training in the field of information technology.
At the same time, in order to bridge the digital divide, three-year digital transformation programs were developed for each region.
13 model districts and cities for digital transformation in 2020 have been identified: Buzatovsky, Karakul, Zarbdarsky, Karshi, Kyzyltepa, Davlatabad, Nurabad, Shurchinsky, Bayavutsky, Pskent, Yazyavansky, Khankinsky districts and the city of Khanabad.

In the first half of 2021, it is planned to carry out work on digital transformation in 16 exemplary districts and cities: the city of Nukus, Takhiatash, Buston, Gijduvan, Sharaf-Rashidovsky, Yakkabag, Khatyrchinsky, Turakurgan, Naryn, Koshrabat, Angorsk, Bagastan, Akhgarantsky , Shavat districts.
Heads of the Ministry for the Development of Information Technologies and Communications and subordinate enterprises were attached to these model districts and cities, and road maps were developed.

"Road maps" include 580 projects and activities implemented in 2020 and in the first half of 2021: expansion of digital infrastructure (172), widespread introduction of digital technologies in public administration (54), social sphere (190), housing and utilities agriculture (45), agriculture (51), industry (17), training of managers and employees (58).

The Ministry for the Development of Information Technologies and Communications has been entrusted with the tasks of complete digitalization of social facilities in 13 model districts and cities, as well as the development of model projects for other regions.
In the course of implementing the "Digital Uzbekistan - 2030" strategy, over 460 projects will be implemented within the framework of three-year programs for digital transformation in the context of industries.
In order to widely apply foreign experience, “digital partners” in the field of information technology from foreign countries are attached to each industry (74) and region (14) (13).

At the same time, it is envisaged to direct at least 5 percent of the total funds of investment projects, as well as international financial institutions, foreign government financial organizations and donor countries to digital components.
The task was set to open in each region technical schools for training personnel in the field of information technology, as well as a branch of the Tashkent University of Information Technologies named after Muhammad al-Khwarizmi in the Tashkent region.

In order to implement projects, the Council of Ministers of the Republic of Karakalpakstan, regional khokims, together with the Ministry for the Development of Information Technologies and Communications, adopted relevant resolutions, and organized working groups on digital transformation of regions.
Tweet