Company newsPress-officeMeeting with a subscriber in a cotton field

Meeting with a subscriber in a cotton field 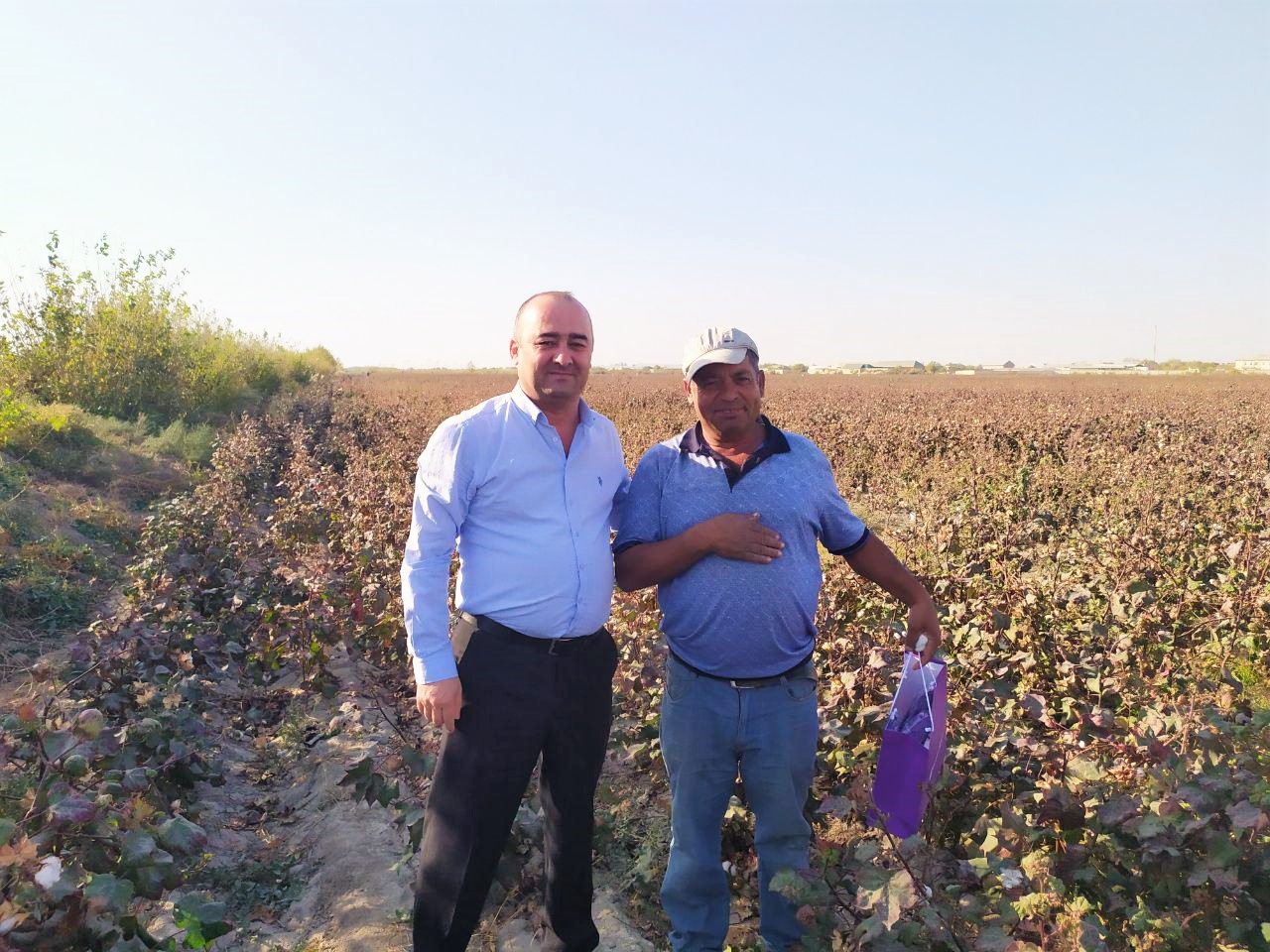 Bukhara region is the third largest in territory among all regions of Uzbekistan. Its area is 39,400 km². In total, over 424 thousand active subscribers of the Company live in the region. Every day, the Ucell-Buxoro regional office connects thousands of people and tries to make communication accessible everywhere. In this point, meetings are also held with subscribers from various areas. Specialists of the COSCOM LLC (Ucell trademark) have already been two times in the Karakul district of the Bukhara region, this time the experts went to the Shofirkon district, the rural gathering of citizens "Vardonza", Yangi kishlok.

Solikh Sultonov complained about the quality of communication. When specialists, headed by acting director of the regional department of Ucell-Buxoro Mehriddin Mukhamedov came to him, he was on a cotton field. Solihjon did not expect that they would respond to his appeal so quickly and was pleasantly surprised. According to him, the connection in the area is weak, the speed of the Internet connection is low. This creates inconvenience in communication.

Employees of the Company included the settlement inti the list of districts, where it is planned to establish base stations and update equipment. During the conversation, the client was also informed about the work, which had been already done in the region and the upcoming work to improve the quality of communications for 2020. The subscriber was pleased with the outcome of the meeting and expressed gratitude to the employees of the Company for the immediate response to his request.

Today 34 employees are working at the regional office of Ucell-Buxoro. In addition, 163 official Ucell dealers operate in the region, 37 of them are mono offices.