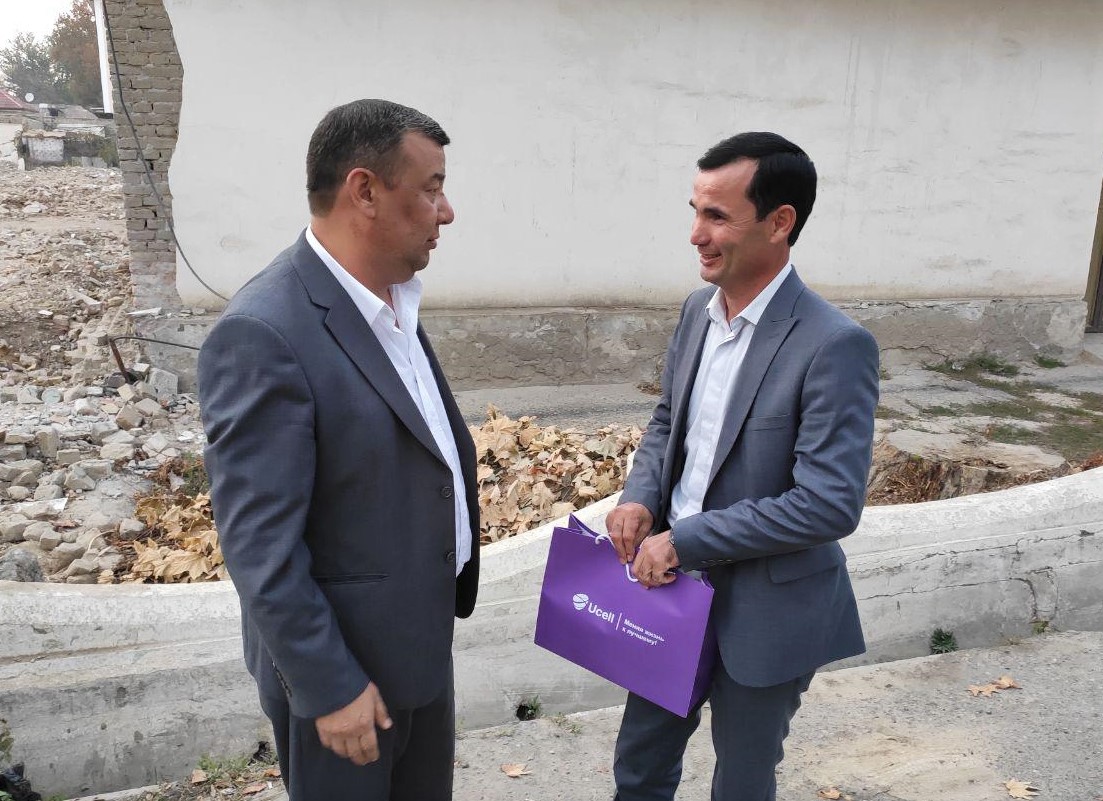 Every day, each person of the planet on average speaks 17 minutes a day on the phone. The COSCOM LLC (Ucell trademark) serves over 7.5 million subscribers in Uzbekistan. This is on average 2 million hours of conversation per day. The company's goal for 2020 is to ensure uninterrupted communication in all corners of the Republic. In this regard, Ucell management regularly maintains contact with subscribers. This week a meeting was held in Andijan region.

The appeal was received from Khotamjon Turgunov, who lives in Andijan region, Izboskan district, rural gathering of citizens “Tarakkiyot”. Khotamjon asks to establish the connection and increase the speed of the Internet surfing. They responded to his appeal in the regional office of "Ucell-Andijon" and went to a meeting led by the Regional Director Bakhtiyor Turdiev.

During the meeting, the subscriber was informed:
— Today, Ucell carries out a large-scale work on the reconstruction, updating and installation of base stations in remote villages and regions. The contract with Chinese partners ZTE and Huawei to supply the latest base stations was signed for the next year. Communication in the area will certainly be established.

The subscriber was pleased with the outcome of the meeting and expressed gratitude to the staff. Corporate gifts were presented as a souvenir of the meeting.

More than 700 thousand active Ucell subscribers live in Andijan region. For their convenience, 252 dealerships points are open in the region, 25 of them are mono-offices. Twenty five employees work in the regional office.