«Ucell-Termiz» is the winner of mini-football cup

In the competition, 10 teams were divided into three groups by lot. At the first stage, the “Ucell-Termiz” team competed with the teams of CE (Center for Electromagnetic Compatibility) and TICC (Territorial Intercity Communication Center). 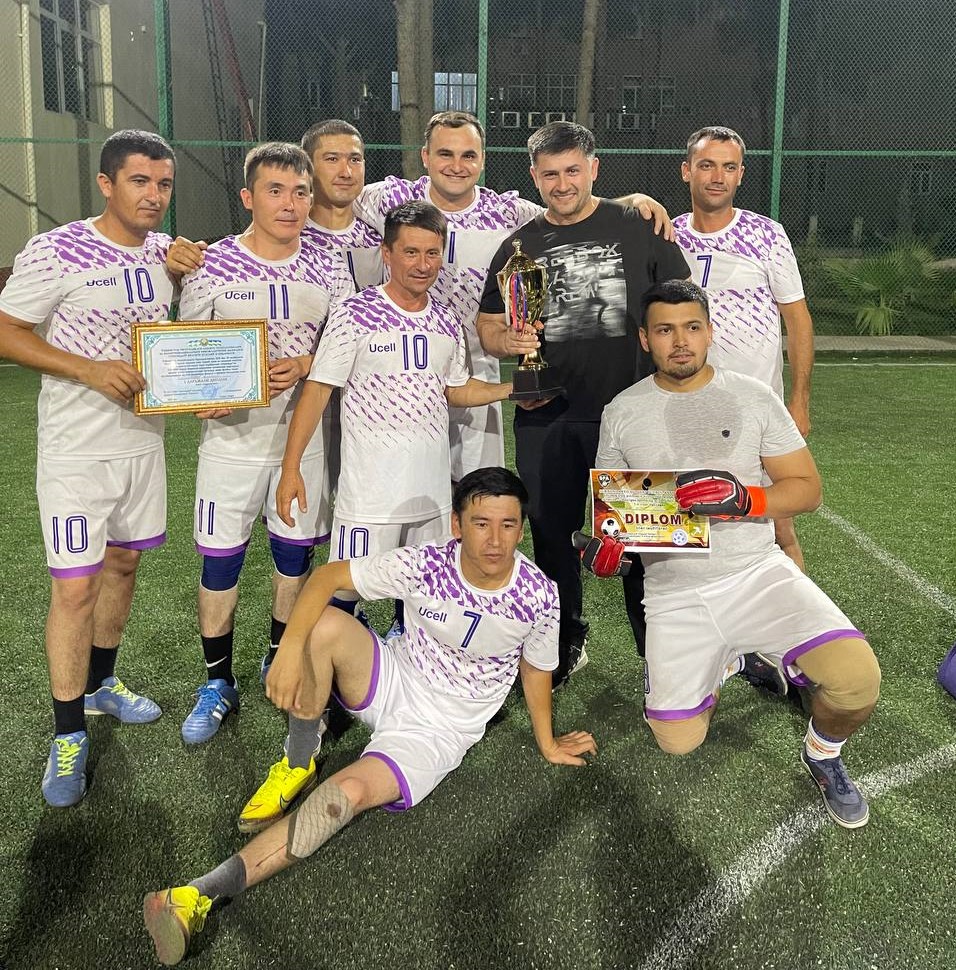 The players reached the semifinals of the tourney, where they had a match with the employees of Uztelecom. Main time ended with a score of 2: 2. However, according to the results of the penalty shootout, the game ended with “Ucell-Termiz”  victory, with a score of 3: 2.

In the final of the tournament, there was a game against the "Uzmobile" national team.
According to the head of the subscriber service group in the Surkhandarya region, Viktor Koida:
—The final game was going to be difficult, but after analyzing the opponents' matches, we chose the strategy of playing "attacking football", which brought us success. We defeated the “Uzmobile” team with a score of 2: 0 and became the winners of the tournament.
Many thanks to the entire “Ucell-Termiz” team for their support during the matches.

We congratulate the "Ucell-Termiz" team on the victory and wish them further professional and sporting achievements. 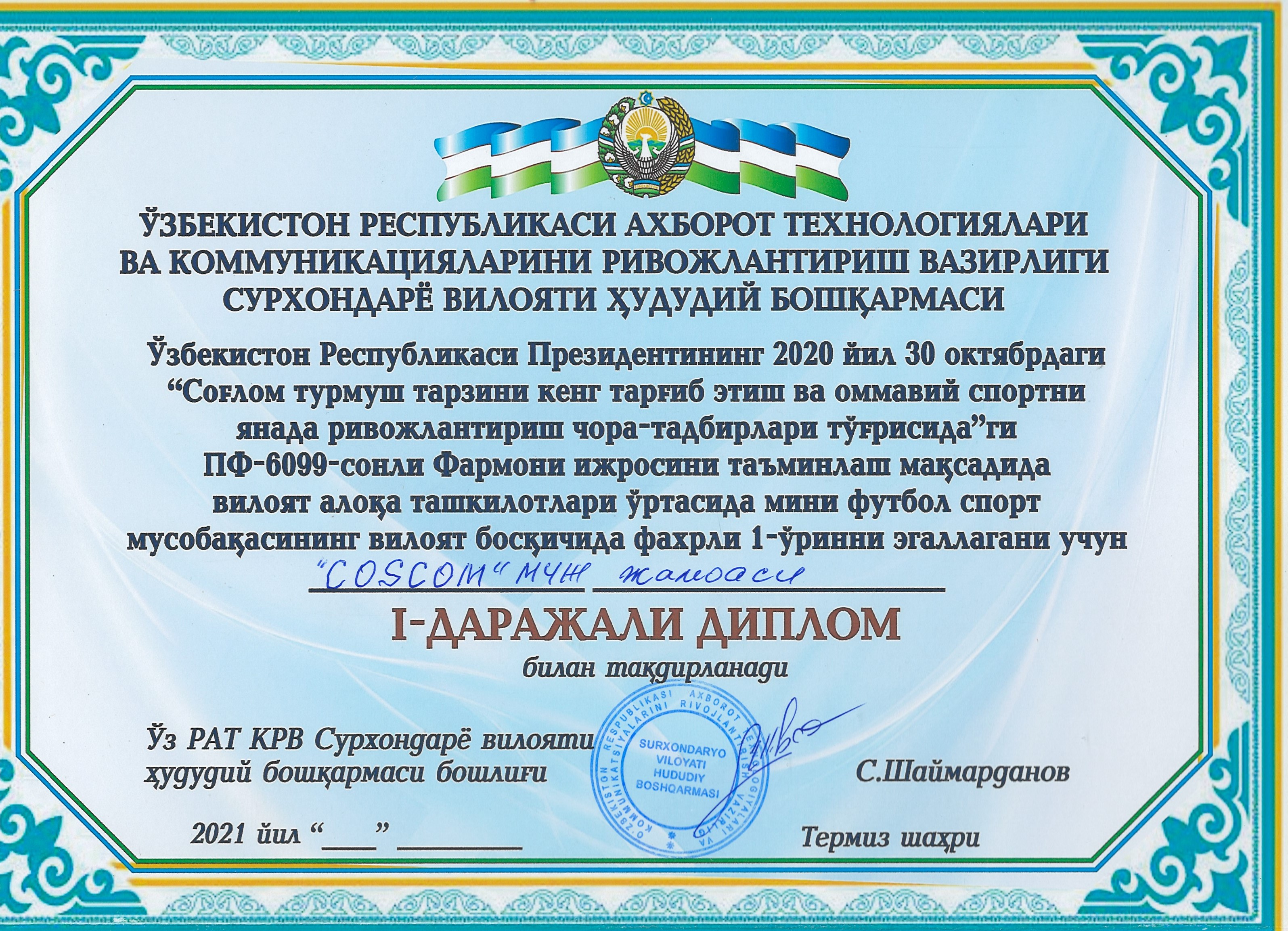